Showing posts from October, 2013
Show all

Disclaimer: NYSavingSpecials is responsible for the awarding of the prize.  If you have any questions about this giveaway, please email the host at nysavingspecials@gmail.com. Giveaway is not associated with Facebook, Twitter, Google, Pinterest or any other social media site.


Hosted by: NYSavingSpecials
Could you use some extra cash at Target? Enter to win a $200 Target GC below!
Co-Hosted by: Barbara's Beat, Creative Cynchronicity,  Simply Sherryl, Capri's Coupons,  Mommy on the Money, 1StopMom, DownshiftingPRO,  The Savings Wife, thriftymommastips.com and  Gettin Fit Fab
One lucky winner will win
a
$200 Target Gift Card
Dates: October 25  12:01am to November 14  11:59pm
US resident only
All entries are optional
We appreciate the support of our co-hosts, please show your support by following them on their social medias pages
a Rafflecopter giveaway
Disclaimer: NYSavingSpecials is responsible for the awarding of the prize.  If you have any questions about this giveaway, please email the host at…
Post a Comment
Read more

Disclosure: Just the Two of Us and Deals is not responsible for sponsor prize shipment. Please contact teri@mompoweredmedia.com with questions or to see your business or blog featured on the next big event! Giveaway is not associated with Facebook, Twitter, Google, Pinterest or any other social media site.


Need a new smartphone or tablet? Or maybe you have always wanted one but can't afford it? Enter to win your choice below! Welcome To The Choose Your Gadget Giveaway Organized by: Mom Powered Media. Co-hosted by the following amazing MPM Network Bloggers: Bay Area Mommy, My Dairy Free Gluten Free Life, A Medic's World and Barefoot In Bluejeans. Emperola.com is the easiest way to create giveaways on any Facebook page. Just simply create new giveaway here and Get thousands of new fans NOW! All giveaways are strongly promoted at Emperola.com Do You Think Electronic Device Insurance Is Really Necessary? Some analysts suggest that insurance such as for your smartphone is expensive a…
1 comment
Read more

Disclosure: I received complementary samples in order to help facilitate this post. Any and all opinions are honest and my own but may vary from yours.

With Halloween a mere 12 days away, it's time to figure out what candy to hand out to those trick or treaters. Are you looking for something yummy and sweet but without all those dyes and high fructose corn syrup? YumEarth has you covered this year.
YumEarth has lollipops, gummy bears, fruit snacks and more for you to hand out this year. All products are certified organic with no artificial dyes. They are also tree-nut free, 100% vegan, gluten free, peanut free, soy free, dairy free and fat free.
I have previously reviewed YumEarth lollipops and fruit snacks but this time I received a larger bag of the lollipops, complete with more flavors that my daughter and I haven't tried before.
Flavors include:
Pomegranate Pucker Wet-Face Watermelon Strawberry Smash Googly Grape Very Very Cherry Perfectly Peach Razzmatazz Berry Mango Tango
The flavors…
Post a Comment
Read more

I See Me! Personalized Book Review 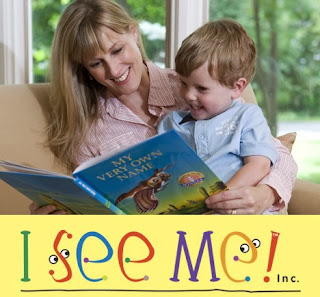 Disclosure: I received a complementary sample in order to facilitate this post. No other compensation was received. All opinions were honest and my own but may vary from yours.


With the Holidays right around the corner, now is the time to start thinking about gifts. Need a new and different type of gift for that special child in your life? Look no further!
I See Me! personalized gifts is the perfect way to give a great gift with a special personalized touch. I received a personalized I See Me! book to review. The My Own Storybook has won many awards such as Mom's Choice and Benjamin Franklin. Made proudly in the USA and written by Maia Haag.
The steps to personalize your book are very simple. Just fill out the form provided during check out. Be careful though - if you make any mistakes in typing out a name etc, they will be printed that way.
I couldn't wait to receive the book. When it arrived, I initially was going to hold onto it until the Holidays and then give it to my daughte…
Post a Comment
Read more 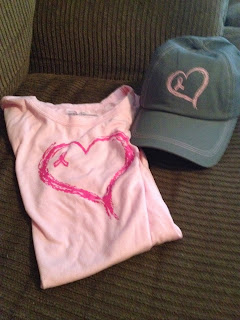 Dislcosure: I received complementary samples in order to help facilitate this post. No other compensation was received. All opinions are honest and my own but may vary from yours.


October is Breast Cancer Awareness month and everywhere you look, there is pink to support the cause. Kohl's is no exception.

Kohl's Cares has an exclusive collection of items from Tek Gear this month with 100% of net profits being donated to support the fight against breast cancer!

I received a few items so that I could see the quality of them for this post. I received a tshirt, hat and sports bra. While everything was too small to fit me (due to limited sizes available from the PR rep) the quality of these items is exceptional. The shirt is SUPER soft cotton, the hat is high quality and the sports bra looks expensive.

Please check out the Kohl's Cares Tek Gear line of items and support the cause!

October 17, 2013
Disclosure: I am not affiliated with Medifast  in any way and I am paying for the program out of my own pocket.

As you may know, I have been doing the Medifast weight loss program since the end of June 2013. To date, I have lost 50lbs! This is huge for me!

First, if you're not familiar with the program, let me tell you about it. Medifast is a weight loss program that delivers meals to your home. You get 140 meals each month. You pick and choose which meals you would like so it's totally a custom program. From there, you choose 5 of their meals per day and eat one meal of your own known as a lean & green meal.

As I explain in my article at Weight LossTriumph, Medifast has tons of variety when it comes to their meals. From pretzels to brownies to bars to oatmeal, there is something for everyone. For the lean & green meal, you can choose a portion of a protein such as chicken or fish and add in a portion of vegetables that are on plan. You get to eat 6 times per day, 2-3 hou…
2 comments
Read more

Disclosure: Just the Two of Us and Deals is not responsible for sponsor prize shipment and was not compensated for posting. Please contact teri@mompoweredmedia.com with questions or to see your business or blog featured on the next big event! Giveaway is no way associated with Facebook, Twitter, Google, Pinterest or any other social media site.

I can't believe it's almost time for Halloween! My daughter is excited to go trick or treating this year!

MPM Network Bloggers are super excited to share their Halloween Recipes, Crafts, Decor Ideas and so much more with you this holiday season. Make sure you take a peek at the fabulous posts below. Surely you will find something that makes you smile!
One lucky reader will rece…
Post a Comment
Read more

October 09, 2013
Disclosure: This blog received no product or compensation in exchange for posting this giveaway. Warner Bros. provided me with this information. Giveaway is in no way associated with Facebook, Twitter, Google, Pinterest or any other social media site.


Go BIG or go EXTINCT! Directed by Guillermo del Toro, Pacific Rim is an epic science fiction film set in the 2020s. Earth is at war with Kaijus; colossal monsters from an inter-dimensional gateway on the Pacific Ocean floor. Humanity unites to fight these huge monsters by creating the Jaegers: gigantic humanoid robots that are controlled by two pilots whose minds and memories are linked. The story takes place in the later days of the war, following Raleigh Becket, a former Jaeger pilot called out of retirement and paired up with newbie pilot Mako Mori in a final effort to defeat the Kaijus! Pacific Rim is released on Blu-ray & DVD Oct.15!


GIVEAWAY - One lucky reader will win a copy of Pacific Rim on Blu-Ray!
RULES - You must be 18 or olde…
Post a Comment
Read more

Disclosure: This blog isn't responsible for prize fulfillment and wasn't compensated for posting. Giveaway is in no way associated with Facebook, Twitter, Google, Pinterest or any other social media site.


Always wanted a Kindle Fire? Now is your chance to WIN one!!
Kindle Fire Giveaway Hosted by Gator Mommy Reviews Co-hosted by Budget Earth and Home on Deranged Gator Mommy Reviews features product reviews and giveaways for moms plus recipes & more! Gator Mommy Reviews is celebrating reaching 20,000 Facebook fans by giving away a Kindle Fire! One lucky winner will receive a Kindle Fire Giveaway ends October 24, 2013 at 11:59pm est Open to US residents Entry-Form Disclaimer: This blog is not responsible for prize shipment. Disclosure: This blog isn't responsible for prize fulfillment and wasn't compensated for posting. Giveaway is in no way associated with Facebook, Twitter, Google, Pinterest or any other social media site.
1 comment
Read more 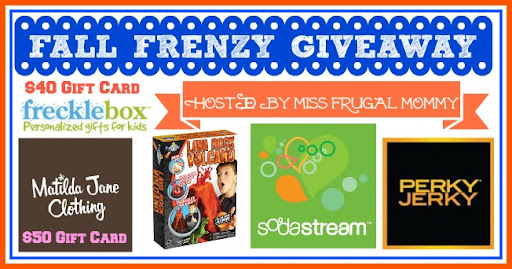 Disclosure: I received a complementary product in order to facilitate a review. No other compensation was received. All opinions are honest and my own but may vary from yours. Giveaway is in no way associated with Facebook, Twitter, Google, Pinterest or any other social media site. This was brought to you by AdvertiseWithBloggers.com and TheSnugg.com

I recently had the chance to review an iPad case from The Snugg. We have an iPad 4 and while I do get the chance to use it from time to time, my daughter uses it the most. Being that the iPad 4 was a $500 purchase, I always make sure it's as protected as it can be.
I couldn't wait for the iPad case to arrive as the case we were using was falling apart as it was a rather cheaply made case. On a daily basis, I was afraid our iPad would get dropped and would be ruined because of the case.

Features of The Snugg iPad Case:
-Made from a high quality PU leather that resists scratches and scrapes -Interior is lined with a velvety nubuck to pro…
33 comments
Read more
More posts